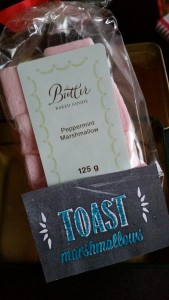 Oh, the weather outside is frightful.  But the fire is so delightful.  So why don’t you pop a marshmallow on a stick, toast them over the fire, stick them in between two fudge graham crackers and have yourself a nice little treat during the winter months?

Butter Baked Goods marshmallows are sold in the US at places like Crate & Barrel and Dean & Deluca.  Each bag comes with 10 marshmallows.

I ordered the peppermint flavored marshmallows as part of my Advent gifts.  They tasted so good with a cup of hot cocoa.  It even made the s’mores more delectable.  While you can go old school and add the regular milk chocolate and graham crackers, I like to take that step out and just stick the toasted marshmallow in between two fudge graham crackers.  Believe it or not, it actually makes for a better s’more.

Subscription Boxes for Our Little Friends 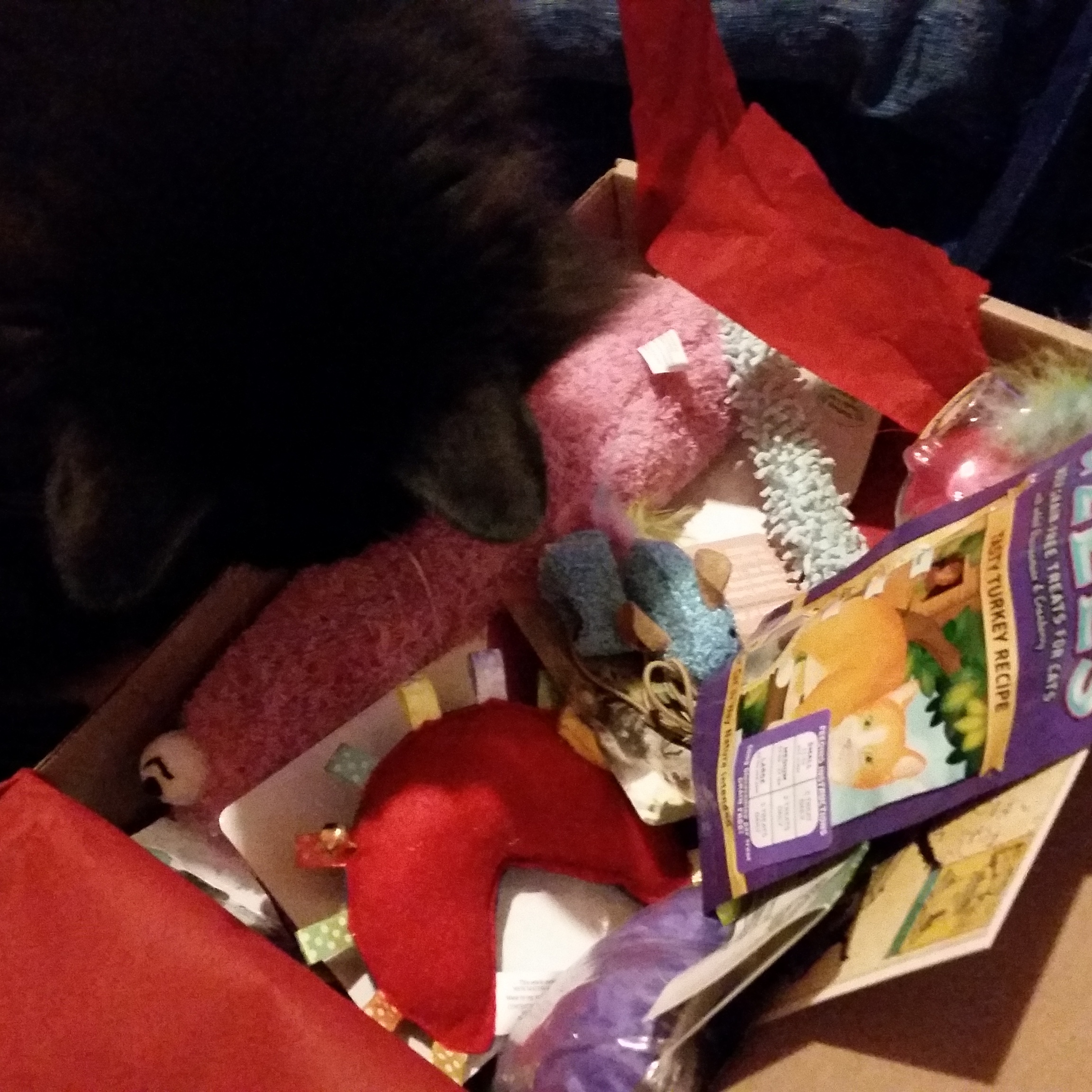 If you’re like me and have a little critter (or two or several) running around your home, you may want to consider ordering them their very own subscription box.  For Matthew and Surita, they loved everything about this box curated for cats from Kitnip Box.

The toys I didn’t think Matthew would be interested in like that big pink worm looking toy with a tail, it ended up being his favorite.  [Called the Caterpillar Kicker.]

I gave Surita the Play-N-Squeak Mouse and the Refillable Catnip Heart Toy (because Matthew doesn’t like catnip).  She had such a great time with both…that is, until Matthew stole them both from her.  He actually broke the mouse, setting off the chirping.  I thought the battery would die out sooner or later, but after 3 hours, I got out of bed, cut the thing open and took out the sound box.

Matthew couldn’t sleep with all the chirping, so he hid in my office to try to sleep.  When I came out to silence the toy, he came running out, thankful the noise was being brought to an end.

Another favorite he was still playing with the next morning was the Twinkle Tweet.  It’s a plastic toy with a few feathers in it that lights up and chirps.  He is a big fan of chirping toys and things that light up.  He likes to stalk the toy and then pounce on it from out of nowhere.

As for the treats, this box included Zuke’s G-Zees Tender Grain-Free Treats.  It’s different than what my two little ones are used to, but they loved it and gobbled it all up.

So as much as my two little ones loved their first Kitnip Box, there was also a special theme.  It makes this first box for Matthew a little extra special.  Since Matthew is a recent adoption, it makes sense to help out other little ones that still haven’t found a forever home yet. A portion of the February box proceeds goes to help Philadoptables in Philadelphia, to help out other furry pals while they are still in a shelter.  You can order a Kitnip Box for your feline pals HERE.  See below for more information and a special discount code [from the Kitnip mailer]. 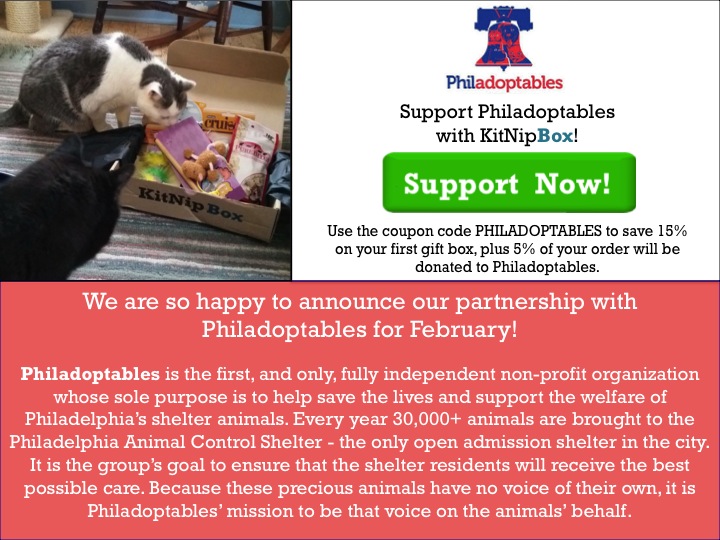