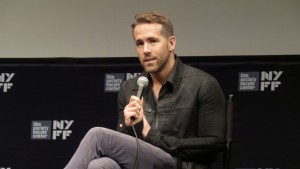 In attendance at the world premiere was Ryan Reynolds and the directors of the film.

“Mississippi Grind” is about a gambler named Gerry (Ben Mendelsohn) from Iowa, who, like most gambling addicts, finds himself in a bit of a pickle.  He’s broke.  He’s losing all of the time.  He owes a lot of people money.

Insert Curtis (played by Reynolds).  He walks into Gerry’s life like a beautiful leprechaun, bestowing incredible luck upon him.

Curtis is a bit of a drifter.  He has no set home.  He just travels all over the place.  Even though he’s a bit of a good luck charm for Gerry, he doesn’t care about winning…mostly because he wins all of the time.  He doesn’t really ever lose.

Curtis is drawn to people like Gerry, guys on self-destruct mode.  He’s tried to help other people like him in the past, people that need help seeing how they can become a better person.  Yet, all through this, you wonder if he is truly trying to save Gerry from himself?  The answer is: who knows. 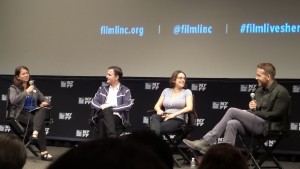 Here is the audio from the talk with Reynolds, Anna Boden and Ryan Fleck (the directors) at The Film Society of Lincoln Center.

Of note, for Reynolds fans, he says that after Deadpool, it will be the last time he plays a superhero character.