Fall is one of my favorite times of year to redecorate.  Out come the spooky box of goodies, trips to the farmer’s market to pick up an array of pumpkins, and fun DIY projects.

This year, my little guy wanted to be part of the photoshoot where we share a peek into how we’ve decorated the living room for Halloween/Day of the Dead.  You can say that these days, he’s a little too eager to be part of the story I’m sharing with all of you. 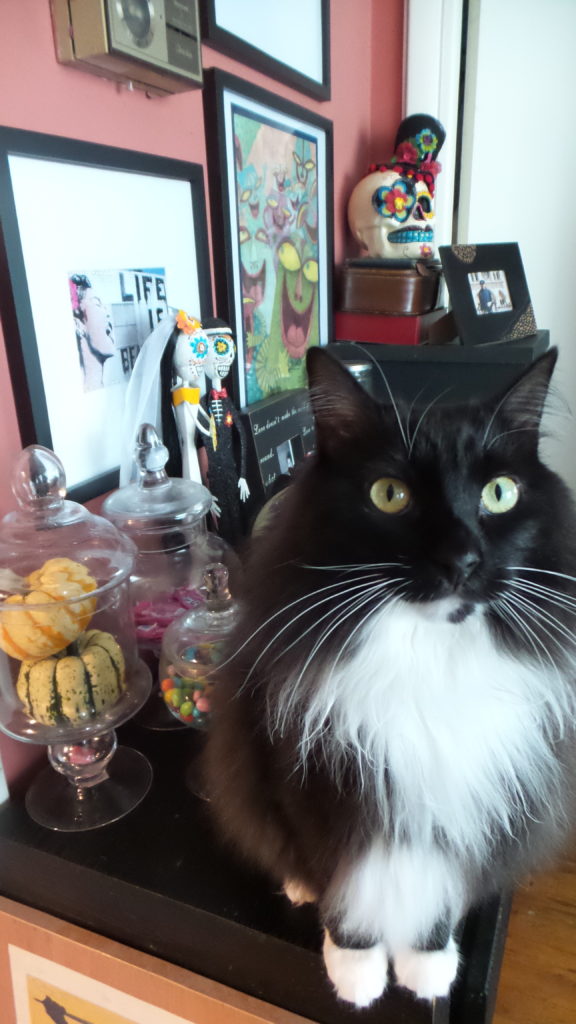 Matthew Lucifer welcomes you on a brief tour of our decorations for the Halloween season.  [Yes, that is his name.  He earned his middle name when I adopted him 2 years ago.  You can follow his royal evilness on Instagram: mrmatthewkenneth.]

Glass apothecary jars from Marshalls are filled with candy and pumpkins from the local farmer’s market.  These small pumpkins last an entire month and are tasty when roasted with some olive oil, sea salt and black pepper.

Just preheat the oven to 450 degrees.  Roast for 35-40 minutes. Use the roasted pumpkins/squash on top of salads, in curries, with pasta…the meals you can create are endless. 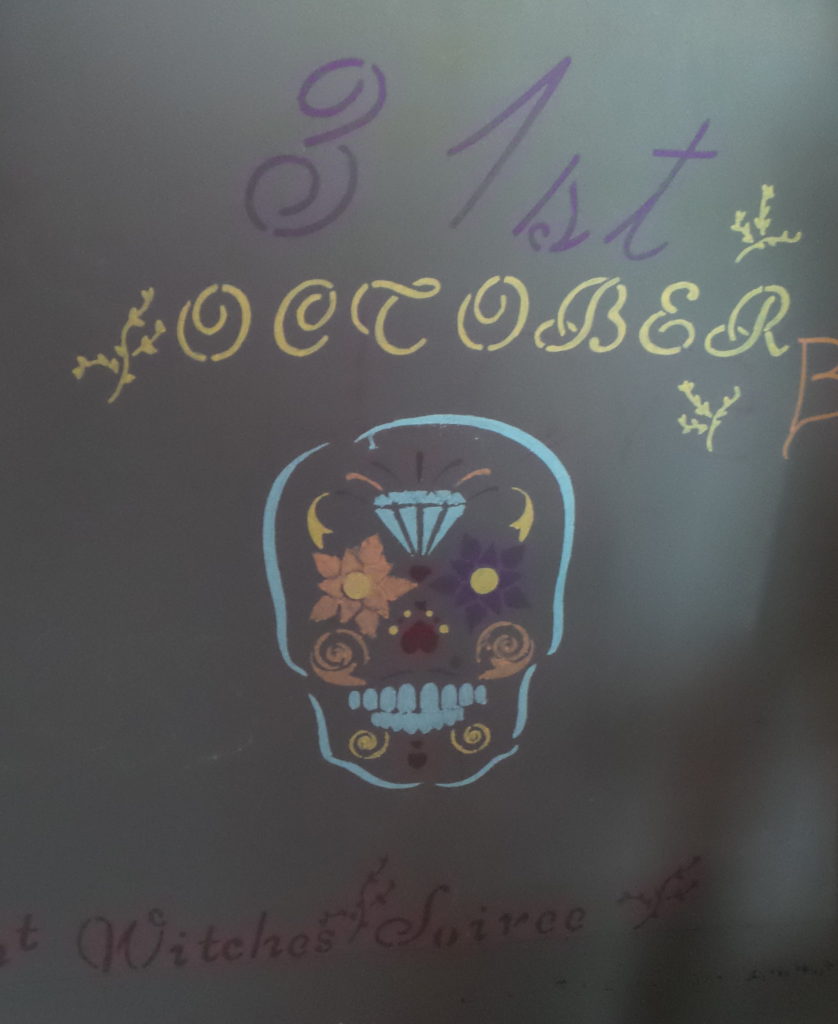 A few years ago I repurposed an old table and made it into an extra large chalkboard.  I combined this sugar skull stencil with Martha Stewart letter stencils using these chalkboard marker pens to create this Midnight Witches Soiree chalkboard graphic. 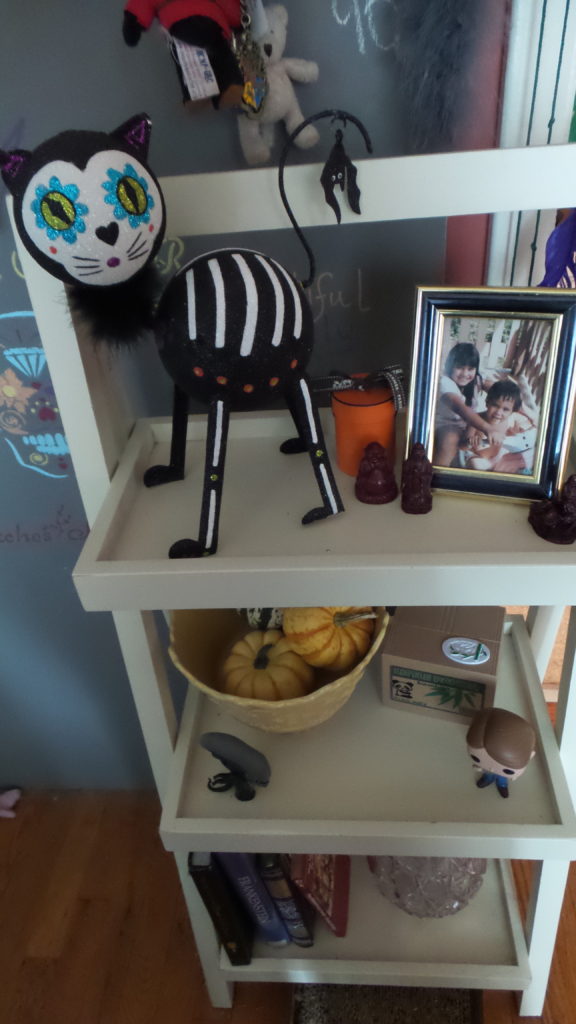 Pier 1 has been my go to place for Day of the Dead decorations.  I picked up this Dia de los Muertos cat there last year.  To add a few more scary accents, I added my Hannibal Funko and a figurine from Aliens I received from Nerd Block. 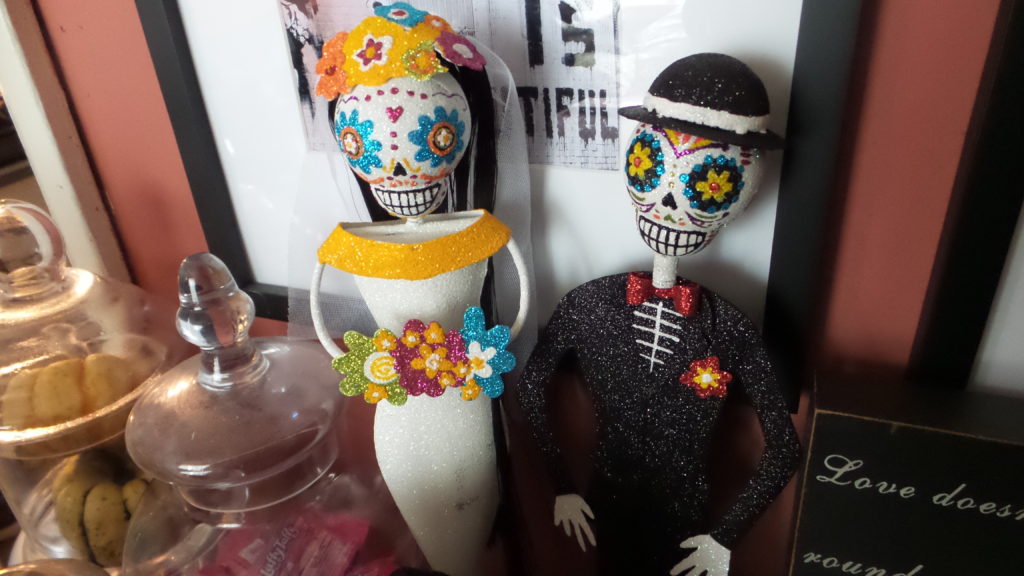 These Dia de los Muertos Bride and Groom from Pier 1 are my favorites. 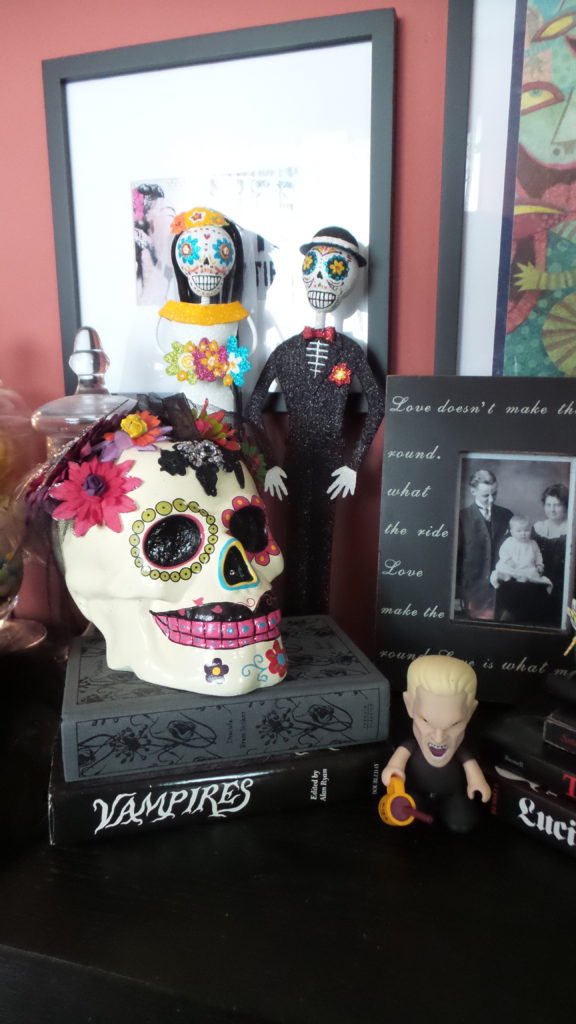 These sugar skulls are essential in decorating for the Day of the Dead.  Just add a few scary books into the mix, a Spike figurine from Nerd Block, along with some photos of the people in your life that have passed.

With Dia de los Muertos, you are honoring the people you have lost.  It is important to set food out (like the candy and pumpkins in the apothecary jars), candles and pictures of loved ones with the decor. 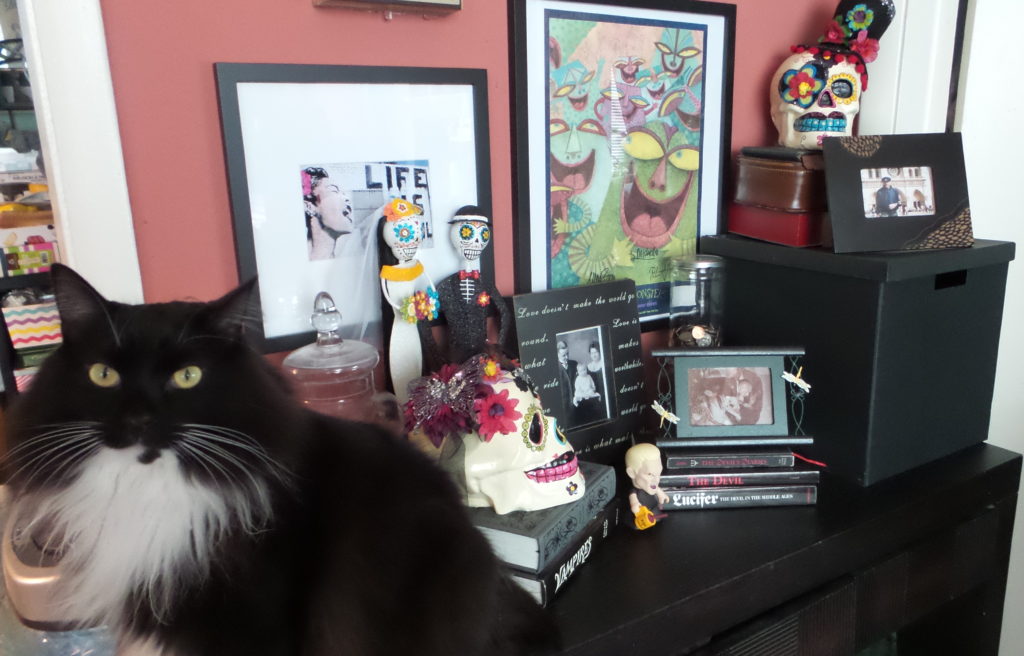 For the walls, I usually switch out the photos from the frames and add a coloring book page from the Day of the Dead Coloring Book.  I haven’t completed this year’s page yet, but when I do, I’ll be adding it to the wall.

The monster print is signed by the master of children’s horror R.L. Stine.  It’s funny, because when I was a kid, I wanted to write books just like R.L. Stine.  When I met him last year, he started to sign my name on the poster, before laughing at himself and saying that he was signing it as if he were me, instead of his own name.

I was surprised.  My dream as a kid was to be just like him and now he was signing my name as if it were his own.  It was definitely surreal and ironic.  It was like the universe was winking back at me. 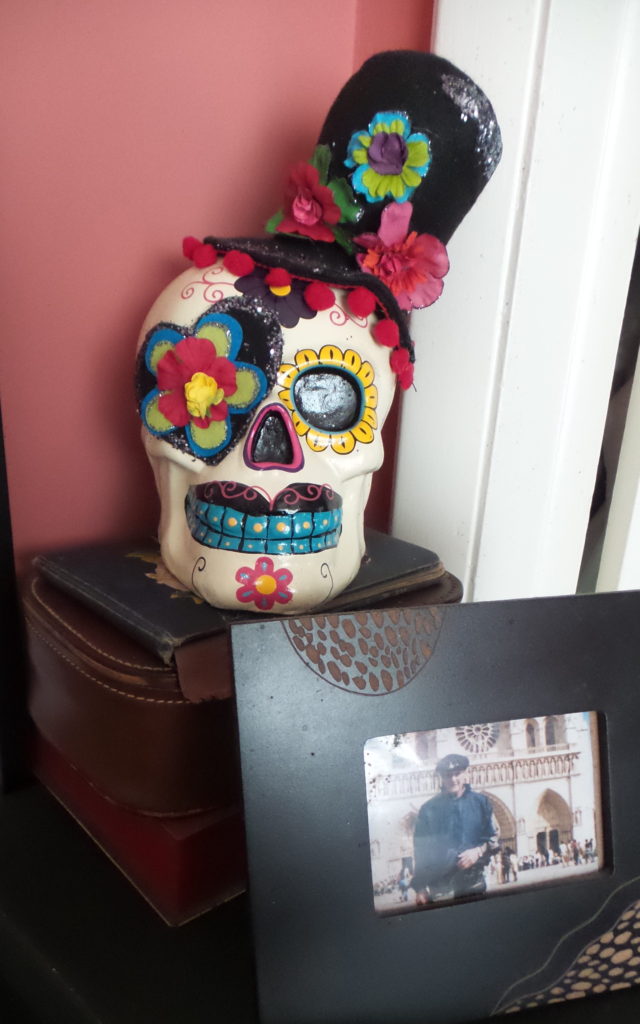 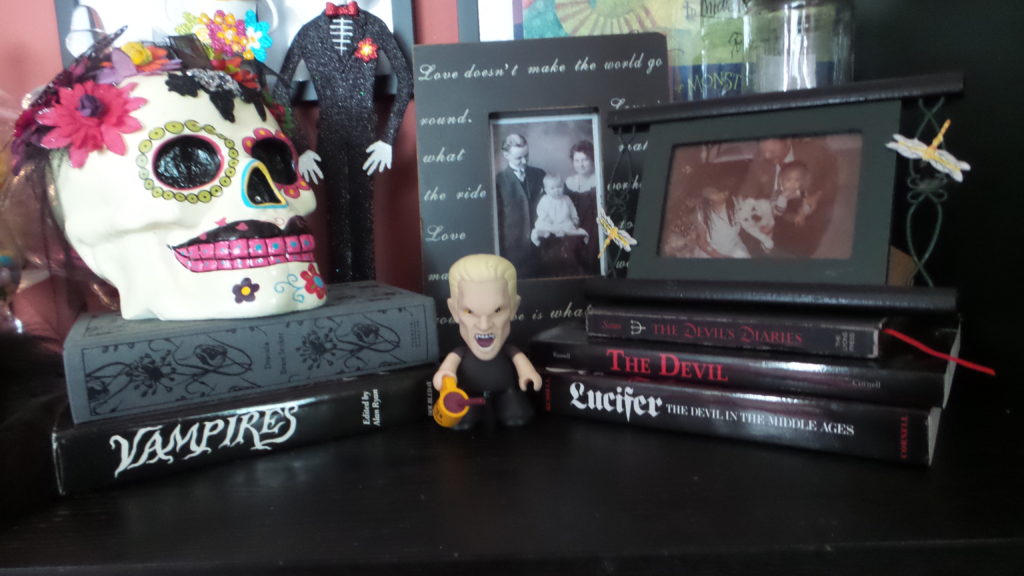 That is our Halloween/Day of the Dead decorations for this year.  How about you guys?  How do you decorate this time of year?