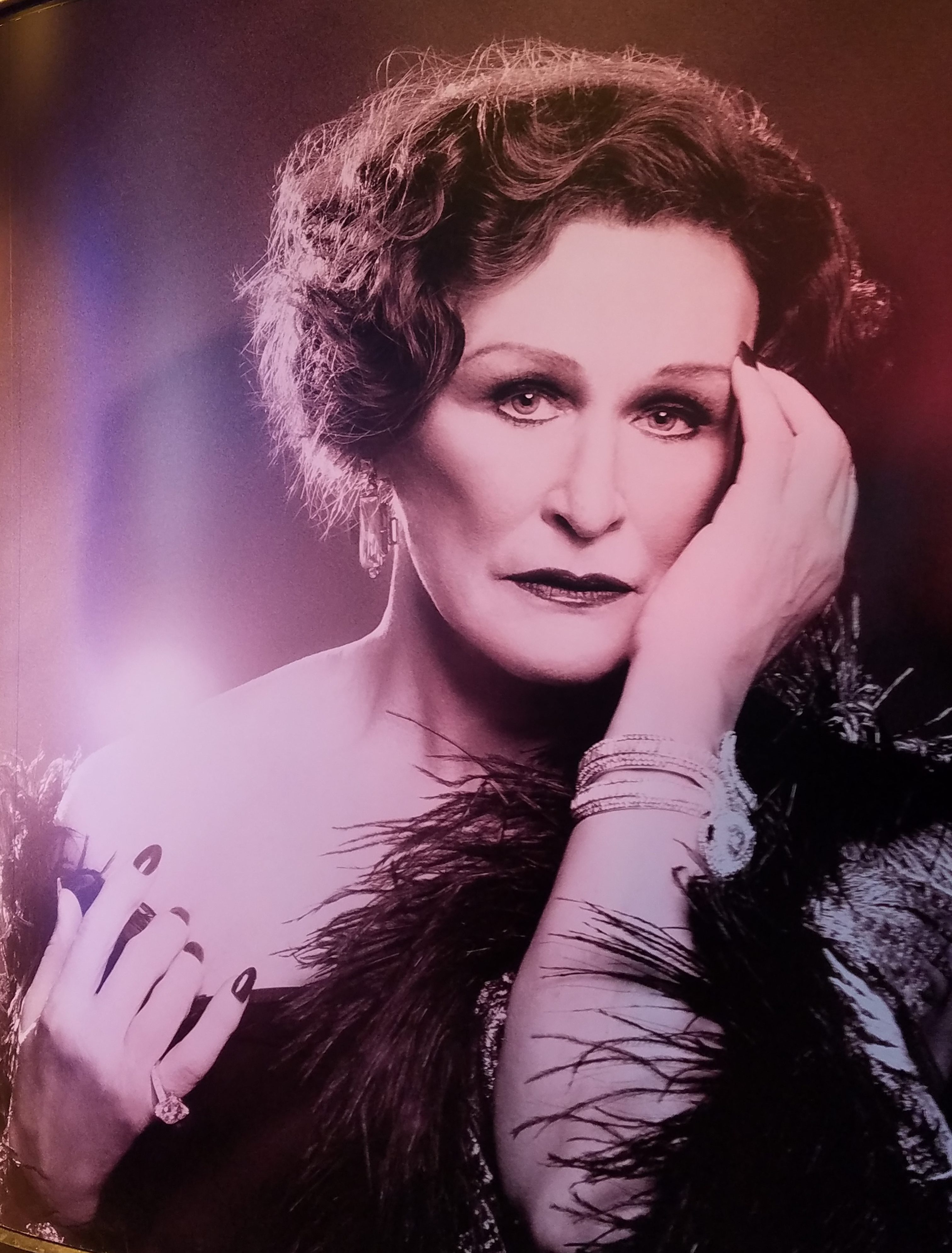 If there is one thing you need to put on your bucket list today, especially if you love movies, old time films or musicals, you must see Glenn Close in Andrew Lloyd Weber’s Sunset Boulevard.

With one look from this beautiful bright shining star, you realize as you are sitting in that old decrepit seat in a dark sea of onlookers that  you are in the presence of not just an icon, but a goddess.  This is the moment (yes, that might be a Frank Wildhorn reference) where you understand just how important these next few hours are going to be, because you have been graced with the honor of being in the same room as Glenn Close.

That feeling goes hand in hand with her character Norma Desmond, an aging silent film star who has lost her glory days. With one look, she could tell an entire story.  No words needed to be spoken or sung.  One look said everything.

But as Hollywood grew and technology advanced, Norma was left behind.  As she grew older, she became stuck in her glory days while the rest of the world moved on without her.  Thus, we dive into Norma’s own mental illness.

In this run, Close wanted to focus more on the mental illness part of the story.  [Variety, February 1, 2017]  There is part of you that sympathizes with Norma, and the other part of you that realizes that everyone has been sucked into her web and they can’t break free.  She won’t let you.  It’s not just the characters that are caught, it is the audience, too.

It takes a masterful actress to be able to do that to her audience as well.  Close is, of course, a  bewitching mistress of her craft.  She reprises her Tony Award winning role from 20 years ago.  But this time, she’s playing Norma just a little differently.  She is perfecting her.

If there is anything you see on Broadway, let it be this show.  Previews begin today (February 2, 2017) with the show running through May 28th.

If it were my guess at who will win Tonys this year, Sunset Boulevard and Glenn Close are at the top of my list.  This is a performance you will never forget.

Here is just a peek into the greatness Close gives to Norma Desmond.  Trust me when I say experiencing the performance in person is something you will never forget.

For more on Glenn Close’s performance in Sunset Boulevard, the original 1994 cast recording is available for your listening pleasure.  For those with streaming services, the soundtrack is available to download.

For the movie, you can order it here:

Also something you should note, if you read the Variety article linked above, you’ll notice that there is some talk about a remake of the film starring Glenn Close.  It would be wonderful if they brought the musical version of Sunset Boulevard to the screen so that this incredible performance could be seen for all time, especially for those who could not see this in person.   That film would be absolutely magical.

Until then, get thee to Broadway to see Sunset Boulevard.  You will not regret it.


Disclosure: I may earn a small commission for my endorsement, recommendation, testimonial, and/or link to any products or services from this website. Your purchase helps support my work.