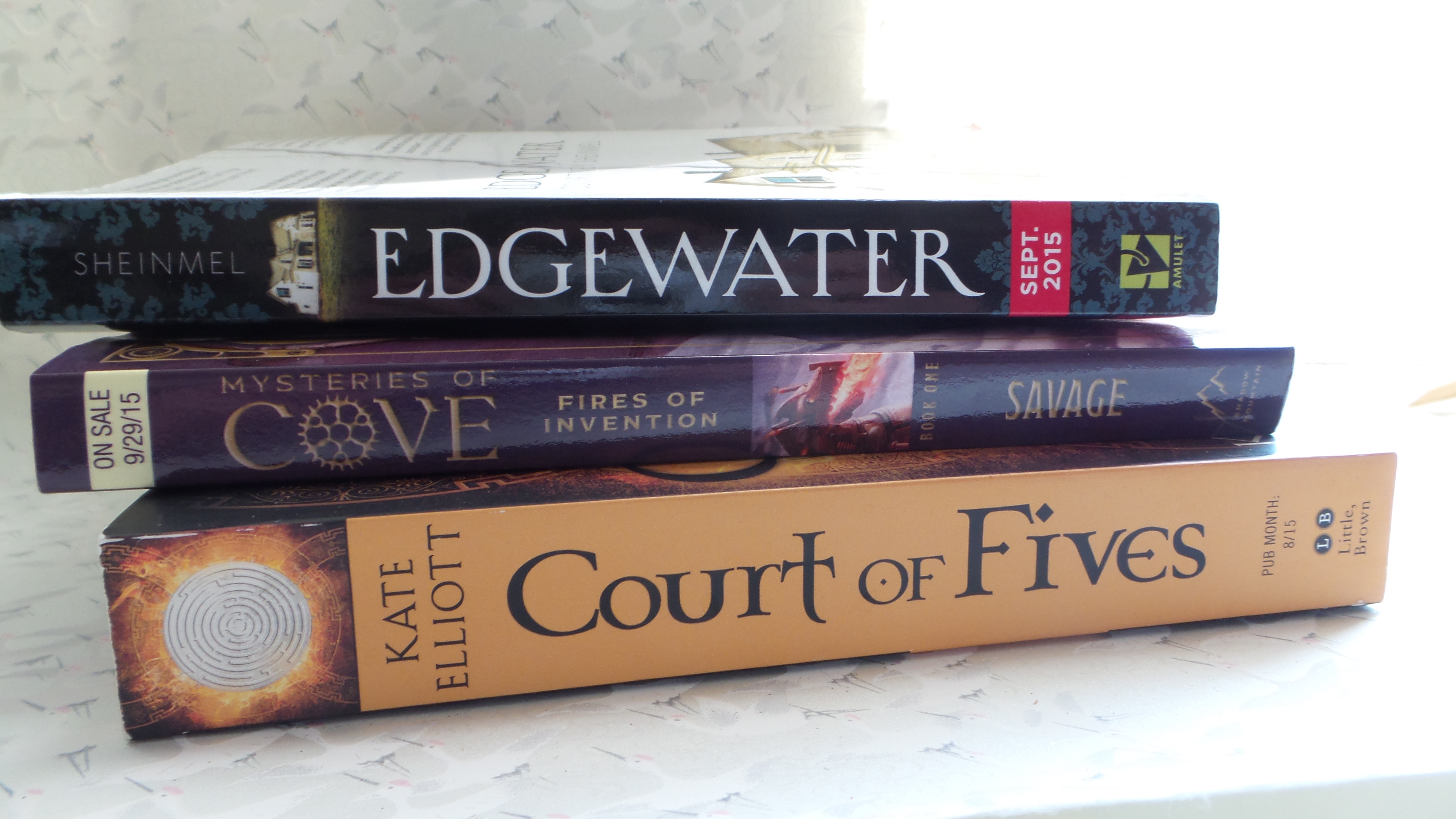 For those who love Young Adult Fiction, here are a few books to peruse.

2.  Mysteries of Cove by J. Scott Savage.  If you liked “City of Ember” by Jeanne DuPrau, you’ll like this new series.  Imagine a world where doing anything ‘creative’ is a crime and the word ‘invention’ is a curse word.  Welcome to the Cove, a steam-powered city inside of a mountain.  Why the city is this way is a mystery, especially to Trenton Coleman, who loves inventing and all things mechanical.  Along with Kallista Babbage, they discover a mechanical dragon.  Together they try to put it together and leave the Cove.  What they were not prepared to learn was why the city was hidden inside of a mountain and why any mechanical noise was forbidden.  When they learn why, it’s too late and it jeopardizes the lives of everyone inside the Cove.  They’ve attracted something to them that was better off left alone.  [Mysteries of Cove is a series.  The second book was released last year.]

3. Court of Fives by Kate Elliott.  For those who loved “The Hunger Games,” you will love “Court of Fives.”  Jessamy lives in a world where a mixed race child will never rise in society.  Add in every sexist thing you can of how a woman will never be equal to a man, and you have a good idea what kind of society Jessamy lives in.  The Fives is a maze where various contenders compete in five different trials.  Winners of the Fives live handsomely, but there is one catch.  They have to reveal their face.  It is because of this that Jessamy allows someone else to win, so as not to embarrass her father, a famous soldier who would be humiliated if he knew his illegitimate daughter had competed and won in the Fives.  Things take a turn for the worst when her family’s patron (the man who cares for them financially) dies.  The patron’s death splits up the family and sends Jessamy to live her dream of training and running for the Fives without fear of embarrassing her father, but she finds something much more sinister is happening to her family.  It is up to her to save them.  [This book is the start of the Court of Fives series.  The third book will be released this summer.]

I received these books from the publishers in exchange for an honest review and promotion of these products.