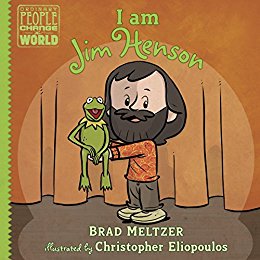 Jim Henson is an important part of most childhood stories.  Everyone remembers how Sesame Street, The Muppets and The Dark Crystal played some part in their story.  Jim Henson was the one who gave children a childhood to love, one filled with happiness.  Henson wanted to be in television, so he showed up at his local TV station and asked for a job.  They said, “No.”  On his way out, he saw a flyer for ‘Puppeteers Wanted.’  He took the flyer, went to the library and learned everything he could about puppetry.  A few months later, he returned to that same TV station and asked for a job again, this time as a puppeteer.  The rest is history.  For those who aim to dream big and do something incredible for the world, look no further than to be inspired by the legend.