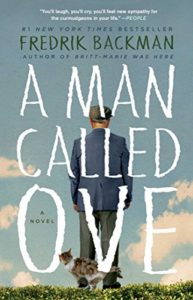 Things aren’t going so well for Ove.  He lost his wife and all he can think about is joining her in death.  As handy as he is, he really sucks at dying.  Every single attempt is foiled right as the world comes at him to let him know that he is not alone.  Right when he thinks he is alone in this world, new neighbors push their way into his life, as well as the old ones.  While he thinks the world doesn’t need him, the world shares with him how important he is to them in their world.  Set in Sweden, this book will make you laugh, cry and love this old man called Ove.  The film was nominated for a 2017 Oscar.  [Book Club Review]