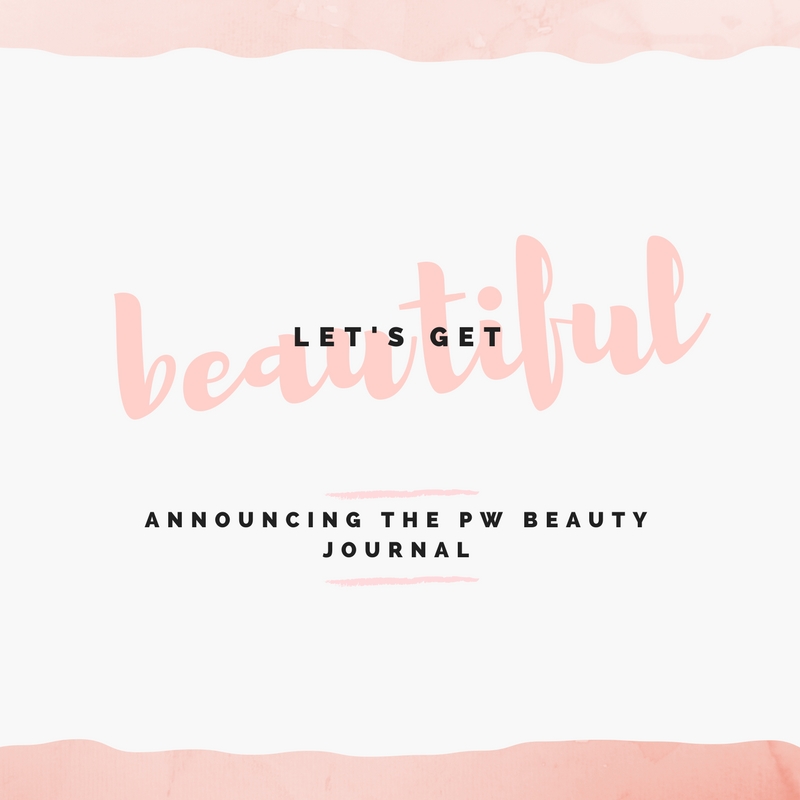 I turned 41 last week.  As I pondered aging, I started to think about how I could live a better life.  Keeping that in mind, the presents I purchased for myself this year consisted of beauty care from the inside/out.

When I received the packages, my first thought was: “How does this work?”

I am one of those lucky women who are blessed with good genes when it comes to youth and beauty.  My mother still does not look 40 years old yet, and she’s 66 years old.  I use the absolute bare minimum when it comes to makeup.  I also have little to no beauty routine.

People assume I don’t wear makeup.  I use Bare Minerals powder foundation, eye shadow and lipstick.  That is it.

You can say I use the bare minimum, because I don’t understand how the other stuff works.  I watch makeup tutorials and ask why people put so much crap on their face.  It doesn’t make sense to me, beyond the need to look fake, rather than accentuating the best parts of your own beauty.

Sure, I can see the logic for some women who want to cover up acne, scars, deformities or marks on their face.  I can understand why they choose to hide their imperfections, because we live in a world that demands we look perfect.

Keeping this in mind, even though I’ve been lucky to get away with doing the bare minimum in maintenance, I decided it is time to think about my 50’s and 60’s.  What will keep my youthful glow into old age?

There are many women that are defying age.  Just look at Christie Brinkley, Jessica Lange, Tina Turner, Goldie Hawn, Ellen DeGeneres and Helen Mirren.  All of these ladies look phenomenal at their age.  Sure, you can say plastic surgery and Botox.  But not everyone goes that route.

My mother is an immigrant.  She’s one of the many Asian women that married a GI during and after the Vietnam War.  She came to America and four years later she had her first child…me.

My mother was born into an impoverished family.  She had 8 brothers and sisters.  They lived in the mountains of northern Thailand.

Having such a large family, my grandparents found it increasingly difficult to feed their growing family.  They did what many people have done over the last thousands of years.  They sold their daughter into slavery so that they could feed their family for a few months.

That daughter they chose was my mother.  She was eight years old.

My mother went to live with a wealthy woman who beat her, poured a pot of boiling rice on her head, and made her life a living hell.  When my mother had her first period, there was no one to tell her how to take care of herself.

She was washing her underwear in a basin when the woman came home.  She wanted to know where her dinner was.  She looked down at the bloody underwear sitting in the water, picked it up and smashed it in my mother’s face.

At the age of 15, my mother ran away to Bangkok.  Six years later, she met my father.  She decided she wanted to live in a country where her children could not be sold into slavery, so she married an American.

Keeping in mind my mother’s past, imagine what it is like to have a daughter in America.  This world is very different from a third world country’s point of view.  Makeup, beauty, taking care of yourself are all things that do not matter.

When my mother first came to America, she lived in a black neighborhood.  My grandfather is well known in Indianapolis.  During a time when blacks could not buy homes or take out a home loan, my grandfather became the bank.  He bought up houses and rented them out to the black community.  He allowed them to rent to own.

No one was ever late on their payments.

He did this for decades.  Unlike most white landlords, my grandfather lived in that community.  He did not live in a huge mansion in a white affluent neighborhood.  He lived in the community he invested in.

When my mom came to America, she had to learn how to cook American food.  This is where I’m the lucky one.  She was taught by the women in that community.  She learned how to make soul food.

She still made Thai food, adapting some of the recipes.  For instance, papaya salad became hot carrot.  Papaya wasn’t readily available, so she used carrot, which is actually much better, because it retains the flavors.

We lived next to my grandfather until I was 4 years old.  We moved around a lot until I hit the 6th grade.  By then, I was tired of moving all of the time, so I asked if this could be our last stop.  They stayed there until a few years after I graduated from high school.

I won’t go into the sad story of my upbringing, but keeping in mind my mother’s childhood, imagine trying to raise an American daughter.  When I got my first period, it was my friend that helped me, not my mother.  When I told her, she showed me the maxi pads and gave me this look like…figure it out.

I learned about makeup and fashion through magazines and television.  My mother simply wasn’t a good role model or teacher when it came to learning about becoming a woman.  I had to figure it out on my own.  And yes, I stole her makeup all of the time.

She didn’t tell me to brush and floss or brush my hair.  I had to figure out how to whiten my teeth (which was before teeth whiteners were popular).  But I will say this…she gave me the freedom to dress how I liked after I told her that her style sucked.  I was in the first grade when I told her this.

A little boy made fun of my pleated jeans.  I never wore them again.  She insisted on having me wear this ugly blue, yellow and white polka dot outfit.  That didn’t turn out so well.  To this day, I still do not allow my mother to buy any form of clothing for me.  She gave me enough fashion nightmares to last a lifetime.

My mother and I do not have a relationship.  There was always a disconnect.  I had to figure out how to become a woman without her help.  She simply was not a mother to me.  The only time she tried to be a mother was after her friend told her that she was missing out on the best years of my life (i.e. prom).

My hair was done exactly the way I liked it.  After my mom’s friend told her she needed to be part of this ritual, she walked in and fucked up my hair.  I have the prom photos to show how horrible it was.

Looking back at her own childhood, it explains why our lives are the way they are.  She never forgave her parents for selling her into slavery, even though she sent money home (and still does).  Today, her siblings receive that money.

As a child, her focus was on keeping a very evil woman appeased so that she could have food and shelter.  She didn’t have a mother figure around to teach her about becoming a woman.  Her learning experience was traumatizing.  So how could she teach a young girl how to become a woman, when she herself had her own disconnect?

This brings us to today.  Something they don’t tell you as you get older is how your body changes.  Puberty is one stage, but mid-30s going into your 40s, peri-menopause, menopause…the changes do not stop.

You have to change your diet, not because you want to be healthy, but because you have no choice.  Junk food, spicy food, non-stop carbs are going to be very painful experiences.  Too much meat can also cause upset stomachs.

You’ve also got your aches and pains forming all over your body.  My doctor told me that I have a very high tolerance to pain, because I never complain about it.  He said my body just radiates pain.  Hey, you get used to the pain after awhile.

At 41, I wanted to start focusing on making myself better.  I ordered a bunch of Hum Nutrition products and beauty care products (not makeup, just beauty care).  I even bought a ginormous curling iron.

After all of these years of doing the bare minimum in beauty care, I decided to actually start caring about my overall maintenance.  I’m now at the age where I can say that I’m not doing this for someone else or to attract someone else’s attention.  I am doing this solely for myself.

So this is where I announce that I’ll be sharing a daily entry on this progress.

I will tell you right now that Day One involved a lot of vomiting.  That lesson learned will make Day Two better.  I will incorporate those changes so I’m not vomiting up pills.

I’ll talk about the things I’m doing, the beauty products I’m using and the progress on trying out Hum Nutrition.  Here are the products I purchased and will be using:

I will say that after trying out the Green Superfood Powder this morning, it worked instantly.  I felt like it was a majorly good thing for my skin.  It even helped with my digestion, which is what many of these products claim are the main issue for everything that ails us.

I ordered so many beauty products, my friend had to explain to me this morning how it all worked.  I swear, there are no guides that tell us what product goes on when.  I gave her a list of what I put on this morning and she informed me that I moisturized three times this morning.  I told you…I have no idea what I’m doing.

That’s the point to this little daily journal attempt.  I’m going to test what works, what doesn’t work, and how it is supposed to work.  I imagine there will be a lot of trial and error, like figuring out how to take these supplements without puking my guts up.

At any rate, I hope you’ll follow along on this adventure.  Maybe even share some hints on what you’ve learned that works for you.


[Disclosure: This post includes affiliate links, which means I may make a small commission on the sale of an item if you purchase through one of these links.]