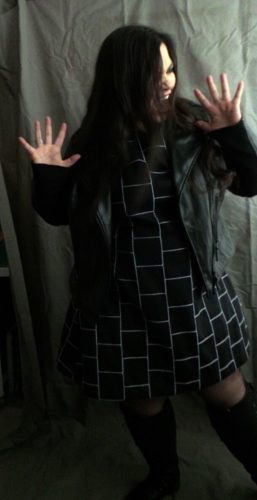 A Special Note from the Editor

Fashion. Books. Home. Food. DIY.  These are all things this site promises to deliver, but it has not really lived up to doing just that.  Or perhaps, it was something I always wanted to deliver, but needed some sort of direction on how I would deliver that to you.

When people ask me about this site, I never really passionately talk about it.  Perfectionist Wannabe  has not been in a place I was proud of yet.  I was honest about that with the people I met.  I did not know how to find that sweet spot where I was content with what I was putting out there.

So I went on a mission to discover what exactly I loved about magazines.  Blogs were no longer the answer to what I was looking for.

As I flipped through a stack of magazines, Freeform’s The Bold Type, a show about three young women working for a fashion magazine, played in the background.  The show centers around a writer, a secretary turned stylist, and a social media director.  As the girls go from one disaster to another, it is the wisdom of their editor that resonates.

1) Write from your own perspective in life.

2) Print is dying.  The electronic age is making print media obsolete, so it is important to focus only on that.

Taking these two points, I began to see a clearer vision of what I wanted.

To get a better handle on how book reviews should be done, I went to the best source: O Magazine.  As I read through the book reviews, I saw the importance of writing about experiencing the book.  Describing feelings eloquently is what ultimately gets people to read a book.

I read about one reviewer’s morning before she even sat down to read the book.  She made me experience her morning with her.  There was nothing extraordinary about it.  Her morning was a regular morning, just like anyone else’s morning.  But by the time she sat down to read the book, I  wanted to read whatever she was reading, even though she told me so little about the book.

What made this particular review stand out is that it was written incredibly well.  That is the beauty in writing a good review.  The writer made me see reviews, not just book reviews, in a whole new light.

Finally, it began to occur to me what I was unhappy with.  I was dissatisfied with the voice I used on this site.  I was mimicking other bloggers and what they were doing instead of focusing on what I ultimately wanted to do with this site. 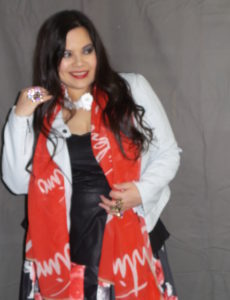 This is where that sense of wanting to be perfect comes in.  There is that fear of never being good enough for my friends to recommend my work to others.  They are brutally honest (which I respect and need).  What if what I was doing did not live up to their standards?

In our opinion, discovering an author or a book that is well written is difficult to find these days.  If you think about blogs in this context, it is not so often you will come across a lot of well written blogs.

Magazines and newspapers house many of the best writers that live up to these standards.  Yet, these types of publications are failing because of the saturation of mediocre or poorly written content flooding the market.  That means there are a lot of incredible writers out there that go undiscovered by the masses.

There are a lot of blogs out there I love that are both inspiring and beautiful.  I like their brand.  Even though many of these bloggers are the first of their kind in their niche markets, there are many who try to emulate that same voice, which in turn creates a problem.  That brand’s voice is copied, and then it becomes overdone, watering down the original voice.  I know, because this site started to do the same thing.  I ultimately did not want that.

The direction this site lacked was always something very simple.  It was missing my voice and the way I wanted to write and present my views of the world.  I spent too much time trying to be like the other bloggers.  As a result, I forgot why I created this site to begin with…to share my own adventure into learning how to be a better version of myself.

A Sense of Direction

Most noteworthy of this entire adventure are the opportunities that presented itself to me over these past few years.  From Martha Stewart’s American Made to Tribeca Film Festival to Book Expo America (BEA), the universe gave me every single tool I needed to discover how to create my vision for Perfectionist Wannabe.

As a result of those experiences, I learned that even though I believe I am not doing enough, the industry communicated the exact opposite.  Publishers explained to me at BEA that I was doing the right thing.  I did exactly what they were looking for in order to work with them.  They decided who they were allowing into the BEA this year, and I was among the select few they allowed in.  [Of all the publishers I spoke with, they only counted three bloggers that were allowed to attend, unlike previous years where the expo was saturated with bloggers.]

What all of these incredible experiences tell me is that I was always on the right track.

I finally had an AHA! moment somewhere between flipping through the magazines and binge watching The Bold Type.  This site is my resumé.  In the end, this site is about a brand.  These past few years of discovery was about defining that brand.  That is the only thing it’s been about.  In a sense, this site is turning into a better version of itself.