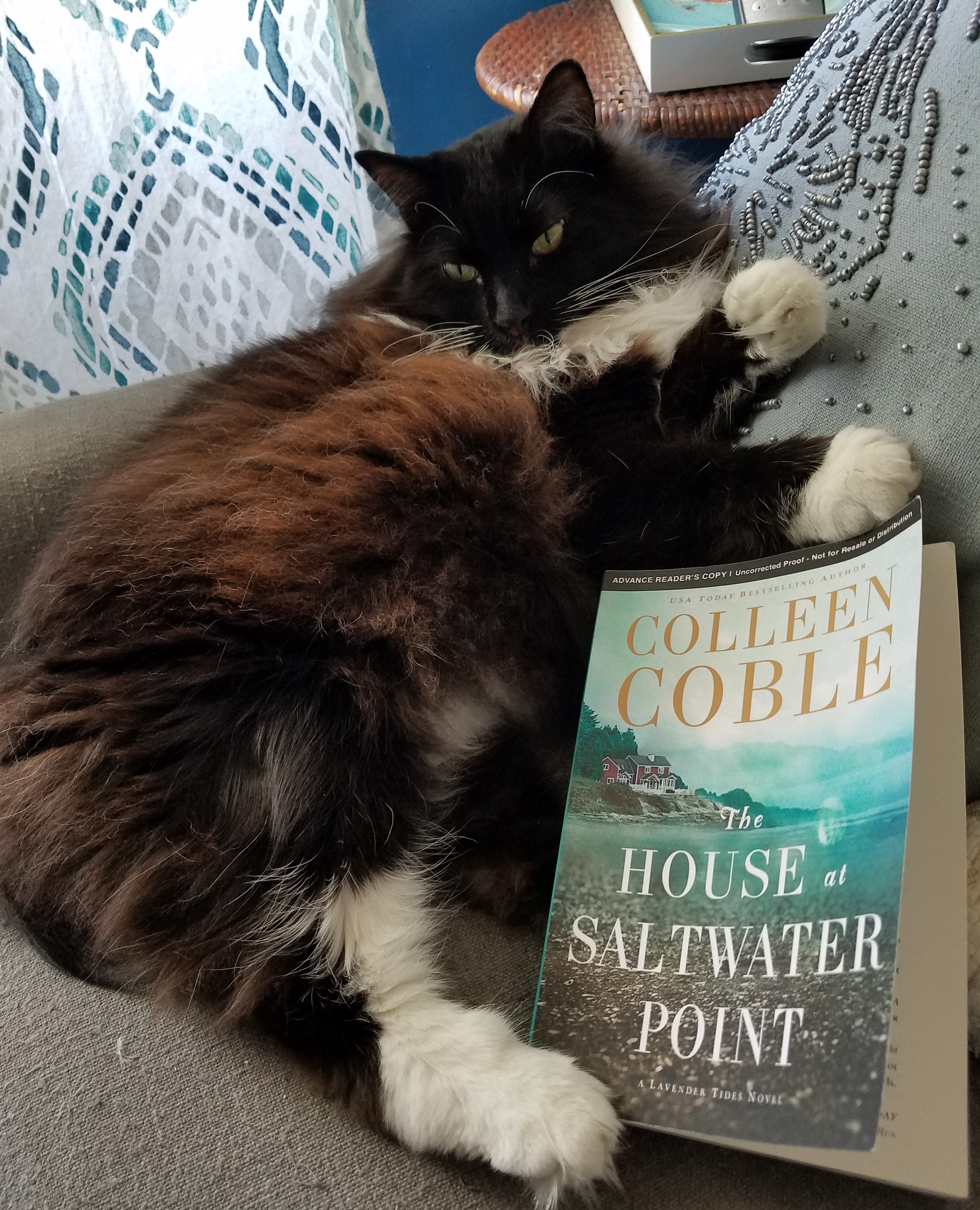 Just in time for the Fourth of July holiday is a new novel from Colleen Coble called “The House at Saltwater Point.” [Due out July 3, 2018]

This is book two in the Lavender Tides series.  You don’t need to read The View from Rainshadow Bay to get a sense of what is going on, because the story stands very well on its own.  It ties in characters from the first book, allowing them to develop their own unique backgrounds within this story.

When I read this book, I kept asking myself which publisher gave me this book.  I try not to read the back cover when I start reading a book, because I want to be surprised.  There should be no hints as to what this book could possibly be about.  I don’t want to know the genre.  Yet, if I had flipped to the back of the book, I would have figured out the publisher was Thomas Nelson, a HarperCollins publication.

But I decided to read forward without seeing who the publisher was to see if I could figure it out just by reading the book…and I did figure it out.  Some publishers place their own unique stamp (or style) in the type of books they publish.  HarperCollins is one of them.

I do not pick up too many religious titles.  I avoid them like the plague…UNLESS it comes from HarperCollins.  Why?  Because even though some of the books they publish may have some sort of religious theme, it is not being shoved down your throat.  And I appreciate that.

I knew this was a HarperCollins publication because there were references to ‘praying’ or ‘God.’  No mention of the word “Jesus.”  To me, this book passed the test for this site to be willing to write a review.  Why?  Because in everyday conversation, we may not all be religious, but when people are hurting or need direction, it is perfectly normal to say that we will pray for them or ask God to help them.  God is more encompassing of all religions.  Using the word ‘Jesus’ limits it to one religion, and not all people believe in that religion.

So let’s talk about “The House at Saltwater Point.” 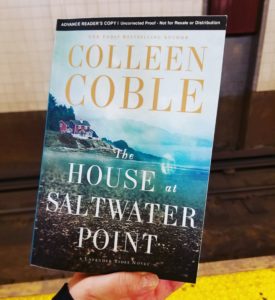 What drew me to this book was the main character.  Not only is she a house flipper, but she is also a blogger for a site called “Hammer Girl.”  Ellie is the type of person I would follow on social media.  I would probably read her blog, too.  She is basically living in a world that many wonder about and would love to know more about.  She lives an inspiring life, buying houses, flipping them into something beautiful and then moves on to the next project.  I can just imagine how awesome her Instagram account would be!

So throw in a murder mystery with a missing sister (possibly dead) and a bunch of missing cocaine.  There is even a terrorist plot underway in her beautiful hometown.

Yes, I said a terrorist plot!!!

Add in a little bit of a love story, family issues, and a lot of suspense in a dreamy locale where you are constantly visualizing the beautiful water with tall boats floating by in a quaint seaside town where everybody knows everyone, and you have the elements of what makes this story worth picking up.

You will have no idea what is going on as the adventure unveils.  Is Ellie’s sister, Mac, still alive or is she dead?  Is she connected to the missing cocaine?  Why is there a terrorist involved in this?  What does North Korea have to do with anything?  ISIS on US soil?  Who is trying to kill Ellie?  What did she do?  Why is there a dead man in her basement?  Why does Mac have information about making EMPs (bombs) on her laptop?

You will ask a lot of questions, and they will all be answered in the most incredible way.  Did I see who the mastermind was going to be?  No.  Then I felt stupid for not seeing the foreshadowing.  [That’s how you know it was a well planned murder mystery…when you feel like you should have seen the result coming at the end, but you didn’t.]

I really enjoyed this book.  I do not read suspenseful murder mysteries very often, but this one is worth the read.  Despite the crazy that comes out of the town of Lavender Tides, it sounds like a dream.  The locale seems like paradise, if it weren’t for all of the sinister plots going on.

She is not a main character in the second book, only Grayson.  There is enough intrigue that I looked up the first book in the series.  It goes further into Shauna’s tale of what happened the day of the earthquake.  The line that hooked me in this book to want to pick up the first book is Coble’s reference to the earthquake being caused by Shauna’s father.  Now, she has my attention.

Lavender Tides binge to be continued…